AirBnB operates an online platform matching clients with property owners. The company does not own any listed properties. Instead, its profits come from the commissions charged to each booking.

In the past, the company experienced fast growth through a series of competitor acquisitions and consistent expansion to new markets.

Since the 2020 Covid-19 pandemic has particularly hit the vacation and lodging services, AirBnB's business suffered, with some most profitable city bookings dropping by as much as 96%. As a result, the company laid off 1900 or 25% of its employees worldwide that year.

As the restrictions caused by the pandemic were raised, the profits rebounded, and the company is now ready to scale and promote further growth. And they want to do it also through the right compensation package.

Main goal: To motivate actions that will scale and grow performance long-term beyond company financial performance.

Means: This is achieved mainly through short and long-term incentives focused on six business priorities, with over 20 performance metrics connected to long-term targets across five key stakeholders: hosts, guests, communities within which they operate, employees, and shareholders.

Similar to the base pay, the STI bonus for the CEO was dropped upon his request. Other executives receive short-term incentives with a target of 75% of the salary with a 100% cap.

The short-term incentive plan metrics tie to 6 key strategic areas AirBnB focused on growing that year, each affecting five critical stakeholders: hosts, guests, operations communities, employees, and shareholders. These strategic objectives and their financial and non-financial metrics are as follows:

AirBnB’s STI plan performance metrics being tied to each critical stakeholder’s interests is a holistic and thoughtful approach to executive compensation. 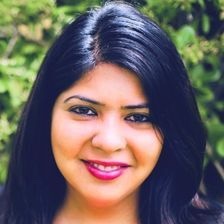 What are DEI goals?

DEI goals stand for diversity, equity, and inclusion companies use to measure performance in the area of creating a safe and supportive environment for all employees. Common DEI goals include:

Societal expectations and public pressure cause an increasing number of companies to adopt DEI goals in recent years.

Each executive receives a long-term incentive plan. For the CEO, LTIs form nearly 100% of the total direct compensation, while for other C-suite members, they amount to around 89%.

The CEO, Brian Chesky, deemed a critical employee to retain, received an equity grant equal to 12 million RSUs or an estimated $199 880 000 divided into ten tranches based on stock price goals (using a 60-trading day trailing average).

Each tranche is eligible to vest on the latter of: the preset Vesting Eligibility Date OR the first anniversary of the date of grant, namely the date the average stock price exceeded the set forth target. Additionally, the vested equity has to be held for an additional restriction period of 2 years.

The stock value hurdle at the end of the grant is set to be over seven times the price at IPO and 13 times the price at the grant time. For 2021, Brian Chesky achieved two stock price hurdles, with the first tranche vested on November 10th, 2021, and the second waiting for vesting on the same day a year later.

AirBnB executive compensation plans are interesting in many ways.

First, it's one of the few companies where the CEO compensation package varies significantly compared to the other NEO compensation. The difference occurs both in the absolute cash and equity grant as well as the structure of the package.

The total grant for Brian Chesky, CEO, amounts to around $120 million, while other executives receive between $20 and $40 million. In addition, the CEO's grant is nearly 100% variable compensation composed of only restricted stock with a long vesting time of 10 years and an additional 2-year hold period.

In contrast, other NEOs receive both salary and annual incentives plus a long-term incentive plan composed of 50% stock options and 50% restricted stock with a shorter vesting schedule of 4 years and more frequent tranches.

The compensation committee designed the executive compensation plans with the help of a Semler Brossy independent consultant. The packages are based on the market data from a selected primary peer group of companies sharing similar scale, complexity, competition in the talent market, and geography.

AirBnB is somewhat unique in showing such strong sentiment towards the location limited to the San Francisco Bay Area. It speaks to the fact that the company wants to be a severe contender in the local job market.

Even more so, in addition to the primary peer group of firms such as Adobe, DoorDash, eBay, Lyft, Netflix, Pinterest, Salesforce, Twitter, Uber, and Zoom Video Communications, among others, they hold a secondary peer group of top tech companies, including Alphabet (Google), Amazon, Apple, Meta Platforms (Facebook), and Microsoft.

The secondary group is not used in benchmarking per see, but as talent acquisition leaders serve as an inspiration and sort of azimuth of a direction to follow.

This is expressed precisely in the differentiation of the CEO and NEO packages, where Chesky's package closely parallels the one by Amazon. In contrast, other NEOs receive a package in line with the primary peer group.

The internal differentiation probably stems from the fact that AirBnB considers Brian Chesky crucial to retain and lead the company and therefore uses the secondary group model as an incentive and a form of recognition likening him to the top tech CEOs.

This is not to say that AirBnB's NEO compensation is sub-par. Quite the opposite. The executive packages are more than competitive, with total direct compensation for NEOs north of the 75th percentile of the top 140 American CEO packages.

Furthermore, the short-term goals in the STI bonus plan for the named executive officers nicely build a foundation for long-term growth beyond financial performance.

Only AirBnB had internal DEI goals tied to Executive compensation on this list. I expect to see that becoming a greater focus in the future, with clear targets such as representation percentages, and pay equity metrics, especially as pay transparency legislation changes in the US.

Using multiple financial, non-financial, DEI goals and ESG metrics, set frequent achievable goals to generate long-term growth, stimulate scaling, and process improvements from the get-go. In this sense, the package is similar to the InPosts', a company that also strongly emphasizes fast foundation formation that will ultimately lay the ground for long-term profitable growth.