Since its founding in 2003, Tesla quickly became one of the world's most valuable companies, with today's market cap exceeding $930 billion. Headquartered in Austin, Texas, Tesla is an unquestioned innovator of the automotive and clean energy industries with lofty goals of leading the world into the zero-emissions future.

Tesla views compensation as means to achieve its strategic objectives. The company believes that nothing will drive innovation and assure long-term profits more than employees that take full responsibility for its future. This is why the executive compensation plans at Tesla are almost exclusively performance-based LTIPs in the form of stock options awards.

Moreover, the company seeks to extend stock ownership to every employee through participation in its equity program. Including certain employees other than the C-suite fosters organization-wide ownership culture, counteracts employee attrition, and improves company performance.

So how are Tesla's executive compensation plans structured?

Main goal: To develop a strong ownership culture and total responsibility for the company, ultimately driving the long-term profit.

Means: Mainly through long-term incentive compensation based entirely on stock options with 0 initial value. The awards vest incrementally over long periods or are granted if the executive reaches a particular milestone. The performance metrics are limited solely to the stock price or achievement of a particular milestone.

Elements of the executive compensation plan at Tesla:

Tesla's CEO, Elon Musk, has entirely resigned from fixed base pay since May 2019. His compensation for 2018 amounted to $56 380, close to the minimum wage in California.

Other named executive officers at Tesla receive the base pay of $300 000 per year.

Tesla doesn't offer any STI bonus or annual cash grants to its named executive officers. Only at the time of hire, a new executive receives a one-time equity grant.

Again, no short-term incentives is a sign of disapproval to Wall Street short-term performance demands, but Musk delivers exceptional long-term results, so shareholders could care less about short-term hiccups. 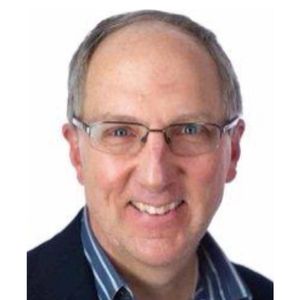 Stock option based LTIPs form the overwhelming majority of the total compensation at Tesla. In fact, for Elon Musk, 100% of his CEO compensation comes in stocks. The ratio is similar for the rest of the NEOs, and the long-term variable pay amounts to 99.39% of their total direct compensation.

All the long-term grants at Tesla reward only future performance since stock options are granted with 0 initial value.

Options are riskier as they have downside risk but you get far more than RSUs so there is more upside opportunity.

An interesting element in Tesla CEO compensation are the milestones. Two such grants with milestones have been awarded to Elon Musk: one in 2012 and the second in 2018.

The 2012 grant was designed in connection with the then-recently launched Model S program and then-planned Model X and Model 3 and amounted to 5% of Tesla's shares granted in 10 equal tranches vesting upon the fulfillment of the following milestones:

In 2018 as Tesla reached a $55 billion valuation, the board of directors issued another grant to continue incentivizing the CEO. This time it was a stock options award to purchase 12% of Tesla's shares in 12 equal installments upon satisfying the following milestones:

The additional provision stated that all the vested shares must be held for a minimum of 5 years.

Tesla's executive compensation plans are among the riskiest packages out there

Tesla's plan is very similar to Amazon's, indicating that companies that want to drive unconstrained innovation and promote out-of-the-box thinking have to allow for a passage of time to see if the ideas they are testing have a chance of success.

This is done through a complete erasure of the short-term incentives, very low salaries, large endowments of company stock with a long performance period ranging from five to ten years, and reliance upon a single performance metric - the stock price.

Elon Musk has followed a similar strategy to Amazon at Tesla and SpaceX. He too has proven that a long term focus pays off Other entrepreneurs in game-changing companies would be wise to follow in the path of these two visionaries.

2018 Musk grant is particularly interesting in this respect since the actual time from the first installment to the capability of selling the last tranche may span over 15 years total (10 years of vesting plus 5-year hold requirement).

In fact, Tesla's CEO compensation is probably the most extreme compensation package out there, even more so than that of Amazon NEOs. This is primarily because it consists of 100% LTIP paid out in stock options.

Stock options with 0 initial value can go underwater. Because of that, they are significantly riskier than restricted stock that forms the base of the Amazon LTIPs. Unlike stock options, RSUs generally preserve some value unless the company goes bankrupt and the stock price plummets to $0.

If Tesla's share price loses value below the price at the time of the grant's origination, Musk's entire compensation may effectively disappear. It's among the most extreme variable executive compensation packages one could imagine.