How to Save Hundreds of Employee Hours Using RPA

As software automation has entered the world of business technology, there’s never been a better time to implement RPA in your business.

Automation isn’t an unfamiliar part of the business tech stack, but many businesses still don’t understand the merits of using this time-saving technology at work. With benefits like higher employee productivity, reduction in labour costs, and the ability to scale with your business, RPA is a tool that can function in almost every industry.

But what, exactly, is RPA, and how can automation tools save your company money? Let’s take a look.

RPA, or Robotic Process Automation, is the name given to software that can perform tasks at the user interface level. Put simply, this means that anything your employees do where they have to follow a simple process and a set of rules can be performed by RPA

By using RPA tools, your business can configure software, also known as a “robot”, to perform highly repetitive tasks that would otherwise need to be done by an employee. How is RPA Commonly Used? Because RPA is great for repetitive tasks that have to follow a specific set of rules, there are multiple areas of business where these robots thrive.

Here are some examples of the most common applications of RPA:

Of course, there are more specific examples of RPA business usage that are particularly suited for certain industries. 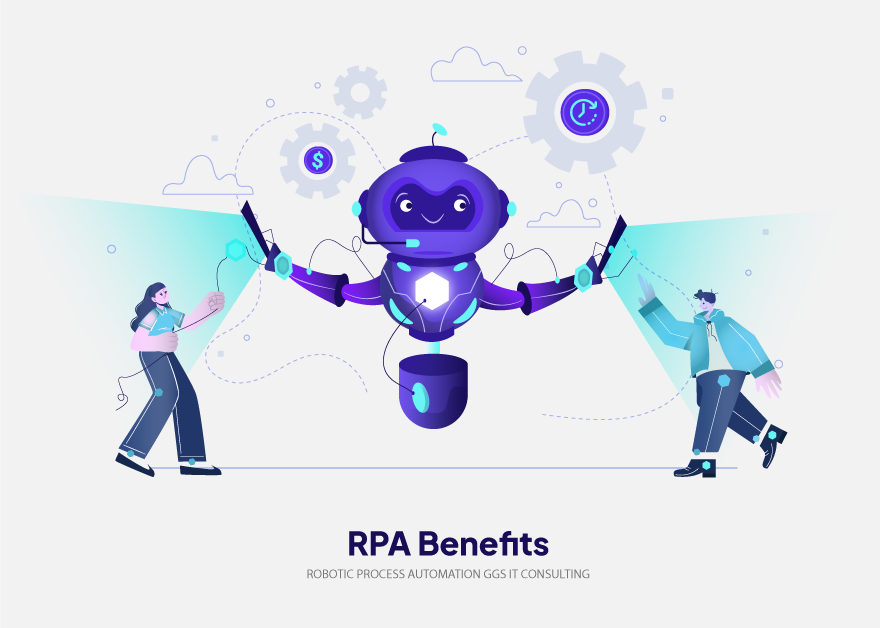 The Benefits of RPA

RPA Reduces Salary Costs One of the main benefits we’re going to be talking about today is that RPA is one of the best ways to reduce your salary budget and save hundreds of employee hours on repetitive tasks. As automation tools like RPA have been around for years, the technology has been optimized so that it doesn’t require a large budget to configure and implement, making it significantly cheaper than hiring employees to do the same tasks.

Repetitive tasks can also be a significant cause of burnout and stress with your employees, particularly if they have no variety in their work. Because burnout can be a major factor in mental health issues, and often leads to your employees needing to take extended sick leave, using RPA to handle these tasks can save you thousands of pounds in sick leave payments.

A leading global banking form used RPA technology to automate over half of the payment works conducted in their foreign trade finance, which is a highly regulated sector. Traditionally, this process was conducted by human employees as the data could often be highly unstructured, however, most of these transactions would have to be processed on the same day. Employees would also have to use multiple systems to complete their work, making the process lengthy yet repetitive.

By combining RPA processes with cognitive technologies, this banking firm was able to reduce the number of full-time employees they needed in this department from 110 to 47, cutting their salary budget for this team by over 50%.

RPA Reduces Error Margins Any task that’s left to humans will have an inherent error margin. Employees can often forget to process things or fail to pick up on certain data points. And that’s not to mention that unlike computers, your employees can suffer from stress, mental health issues, and physical health problems that can affect cognitive ability, motivation, and productivity.

In comparison, using RPA means that you can program and integrate a highly accurate automation robot that has a lower margin of error than human data processors. This means that you’ll have to spend less time and money on rework, fixing mistakes, or even managing reputation issues with your clients.

A large US bank decided to turn to RPA enhanced with cognitive learning tools to automate its billing system after it found that mismatched rate cards and client invoices meant that they were leaking revenue. This was previously handled by employees as invoices and contracts were often in multiple languages, and were stored both in physical and digital formats. However, by using humans to complete this repetitive task, the company identified a revenue leakage of 10%. After implementing RPA, they reduced this amount to 3%.

RPA Doesn’t Require Technical Knowledge Unlike other forms of automation, you don’t need to have any background knowledge of coding, development, or even machine learning to implement RPA software into your workflow. While your employees will need some level of training to learn how to use these robots to cover tasks that they are responsible for, in many cases, there is no coding involved in getting them to work.

This makes it easier to introduce RPA software into your business processes, particularly if you work within a business or industry that isn’t part of the development or software industries. It also means that once an RPA is fully integrated and configured, you’ll rarely need to re-configure or fix it again, which can help you recover lost employee hours to downtime.

How RPA Can Save Employee Hours - and Your Salary Budget

In a study conducted by Gartner in 2019, it was found that RPA has the potential to save over 25,000 hours in avoidable rework in financing departments.

This means that in a similar environment, the average accounting company could stand to save nearly £684,000 in salary costs every year just by implementing an RPA to handle repetitive tasks. With the average accountant being paid £30,000/year, this means the average financial company could be wasting the equivalent salary of almost 21 full-time accountants every year by not using an RPA to reduce the amount of avoidable rework.

Now, you might be wondering “but GGS, I don’t work in the financial sphere, so how does this help me?”

Well, you probably already know that avoidable rework can be a major source of stress not only on your deadlines but also on your salary budget. After all, you want to make sure you’re using your budget efficiently, and you want your employees to get things right the first time.

However, as we talked about earlier, humans are inherently flawed, particularly when repetitive tasks are involved. There’s a psychological concept known as “highway hypnosis”, which is the altered state of mind that people experience while completing a task where they can focus on their internal thoughts while still maintaining external awareness. Also known as “running on autopilot”, this phenomenon explains how repetitive tasks that a person is familiar with can lead to a lack of focus on the task at hand.

While this would have provided an evolutionary benefit, in today’s modern working environment, it means that employees subject to hours of repetitive tasks can end up making mistakes simply because they’re performing tasks in an automated way, rather than manually assessing every task as they work through it.

How RPA Removes This Problem

Humans simply cannot automate their behaviour with the same efficacy as well-designed and optimised software. Just as you might be in a state of highway hypnosis for ten minutes or so before you realise you’re in the wrong lane, employees can frequently make mistakes in repetitive tasks without realising they’re making them. This, as you’ve probably already guessed, leads to the problem of avoidable rework, and subsequently a loss of productivity, project delays, and a strained budget.

A well-calibrated RPA drastically reduces the human margin for error, particularly because it’s built to evaluate and process every single task on an individual level. While an employee might automate a task with the idea that they, for example, have to send a monthly invoice, an RPA is forced to process each individual step, from inputting client contact information through to reviewing that invoiced items match work records. While the process is still automated, it eliminates human psychological factors that can lead to the high error margins that cause costly mistakes and the need for rework. 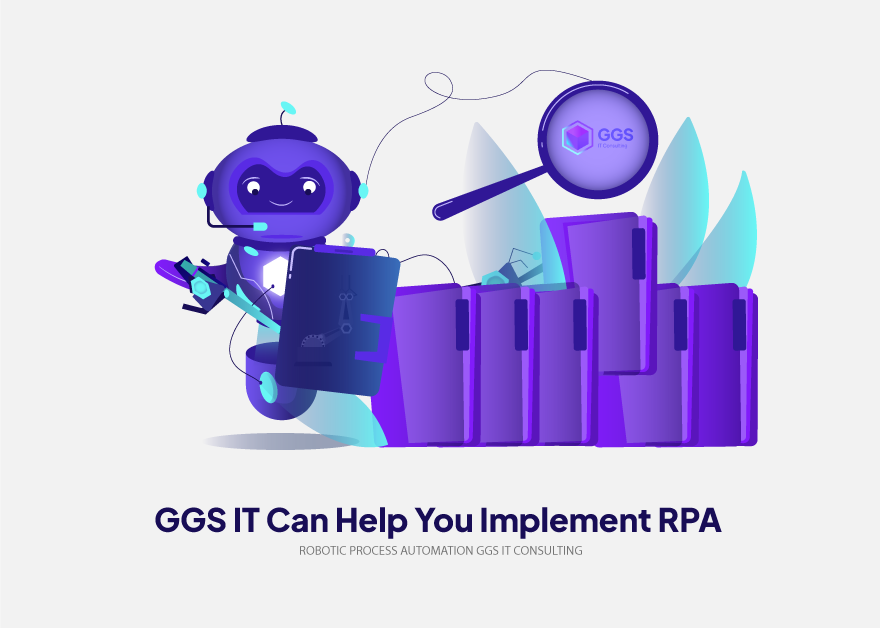 How GGS IT Can Help You Implement RPA

With all that being said, implementing RPA in your business might sound daunting. That’s why our friendly experts at GGS IT Consulting are here to help you find the best RPA solution for your business. Not only can we design a customised RPA solution for your business, but we can also help you to integrate it with your systems and train your employees on how to keep it running. And, if you’re not sure where to start, we’re happy to provide you with consultation sessions to help you decide the route you need to take. So, if you’d like more guidance on how to get started with RPA in your business, feel free to drop us a line.