The future of work: how work automation is helping humans

The role of the CIO and CEO is to work toward discovering processes that make excellent candidates for automation. It's also to keep your human workers happy and knowledgeable about work automation and RPA.

If every tool, when ordered, or even of its own accord, could do the work that befits it... then there would be no need either of apprentices for the master workers or of slaves for the lords.

So said Aristotle in 322 B.C.E. And thus, the foundation stone for how to work automation could help improve humanity’s future was laid, all the way back in the ancient world. In fact, the past is replete with many different examples of automatons: from the Steam-Powered Pigeon of Archytas to Da Vinci’s Armored Knight, to the bellstrikers installed in mechanical clocks across Europe in the Middle Ages.

The early automatons were designed less for doing actual work and more as proof of concept or entertainment. Whereas early automatons were built using networks of cogs, gears, levers, and pulleys, the future robots will be more digital than mechanical. And they will undoubtedly be designed to do the work of many humans in a fraction of the time.

The future of automation

The pessimistic predictions on what the future of work automation could mean for humanity finds their ultimate expression in such dystopian films as Terminator 3: Rise of the Machines. Beyond this, this exists a misinformed, though generalized, viewpoint that widespread automation will replace human workers. But these kinds of projections won’t come to pass. Why not? Because the future of automation lies in its ability to become integrated with how humans work. Automation will increasingly be harnessed as a driving force in helping people work smarter, not harder. It will take on all the boring, repetitive, and tedious work that humans currently do, thereby freeing workers to focus their attention on more high-level work that requires skills like creativity, interpretation, and empathy.

Simply defined, automation is the use of technology to complete tasks without the need for human intervention. And it is already having a major impact on the world of business. 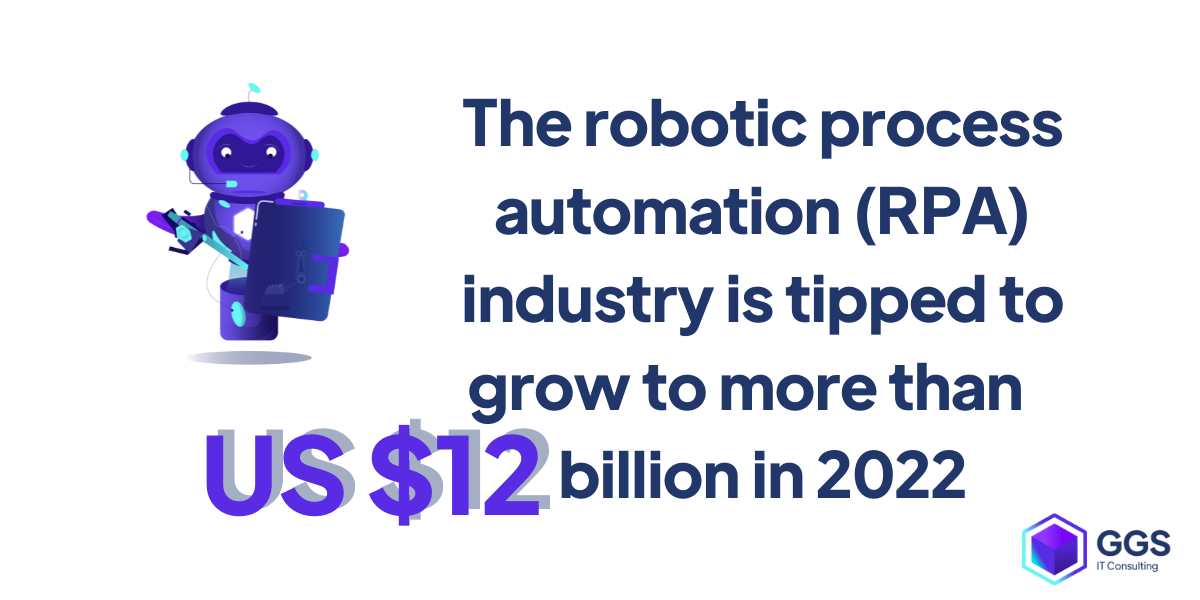 Many companies are already implementing RPA to handle repetitive, rules-driven workflows or streamline inefficient ones. This is having the significant effect of:

Rather than replacing a human workforce, RPA enhances how humans work. By taking care of the mundane and tiresome, though necessary, tasks within an organization, RPA frees up employees’ regular workloads so they can focus on more interesting and fulfilling work. This acknowledges the fact that robots are far superior at completing repetitive, rules-driven tasks, whereas humans outsmart robots when it comes to taking on sophisticated and creative work.

The rise of the robots

Many large companies have already embraced work automation as the future of their business. Indeed,  the industrial automation sector alone is projected to be worth in excess of USD $326 billion by 2027. Likewise, the potential of this technology to achieve greater productivity, reduce labor costs and even improve customer service is also growing exponentially. Ultimately, automation is an inevitable force that will radically change most industries.

Consider the rapid rate of change within the automobile industry, one of the most automated sectors on the planet.

As you can see, work automation is already happening, and it’s here to stay. That’s because, despite requiring an initial investment to get started, once your business has automated some or most of its daily processes, it’s very rewarding for the bottom line. Take, for instance, a big-name insurance firm that recently took the decision to go down the RPA path.

This unnamed company opted to deploy 13 RPA bots to streamline workflows and automate its IT processes.

The result? A saving of almost US$200K and 18,000 people hours. Not to mention a greater sense of employee job satisfaction.

That’s because a lot of the tedious and repetitive admin tasks, such as collecting, collating, and recording customer correspondence, are now handled by the RPA bots.

No – your employees need not be worried: RPA is not going to replace them at their work just yet. As previous iterations of automation reveal, it’s not the human worker’s ability to do a job that is being replaced, it’s the carrying out of certain tasks. Repetitive, rules-based, and tedious tasks. Automation is specifically about eliminating double-handling and offloading certain jobs to the bots, which they can perform quicker, more accurately, and without complaint. So, as you can see, in most cases, RPA is giving back to the employee the opportunity to direct their energies toward something of higher value to the organization.

The future of how automation will change the way we work is akin to the impacts of the Industrial Revolution. Originating in Europe around 1760 before being exported to the rest of the world, the Industrial Revolution did away with the need to rely exclusively on manual labor in industries such as farming, textiles, and manufacturing. What happened eventually, however, was that the economic advantages and opportunities for growth brought about by the Industrial Revolution outstripped job losses and created greater prosperity for everyone.  It’s an interesting conundrum – some employees may be reticent about their organization’s adoption of RPA, seeing it as a direct threat to their job security. Whereas other employees welcome RPA as it means getting freed up to take on more interesting and rewarding challenges at work. However, what the research shows is that automation is not replacing jobs. In fact, it’s creating them. Indeed, a recent study by McKinsey Global Research found that the Internet created 2.6 new jobs for each one it rendered obsolete.

Among 4,800 small and medium-size enterprises surveyed, the Internet created 2.6 jobs for each lost to technology-related efficiencies.

If work automation was indeed replacing jobs en masse, two things would be happening: overall productivity levels would be skyrocketing, and there would be not as many new jobs being advertised. Both things aren’t happening. This points to the fact that work automation has not yet reached its full potential and that we also need to reconceptualize how we think about what it means for the future of work. It’s true that certain jobs will be made redundant, but in the bigger sense, robots are not going to constitute a workforce in and of themselves.

Work automation is good for business

RPA empowers companies to disrupt their industries by outpacing the competition and investing in innovation. With the tiresome, repetitive, yet necessary admin-type tasks being taken care of by bots, organizations can instead focus their attention on using their in-house human talent to find solutions to growth problems that will enable them to rise to market leadership. This type of disruption is good for the overall economy. It will create new categories of work we cannot even imagine yet to replace the old jobs displaced by technological change. The savings companies make via automation will go into further research and development to create new goods and services, which will create more job opportunities overall. 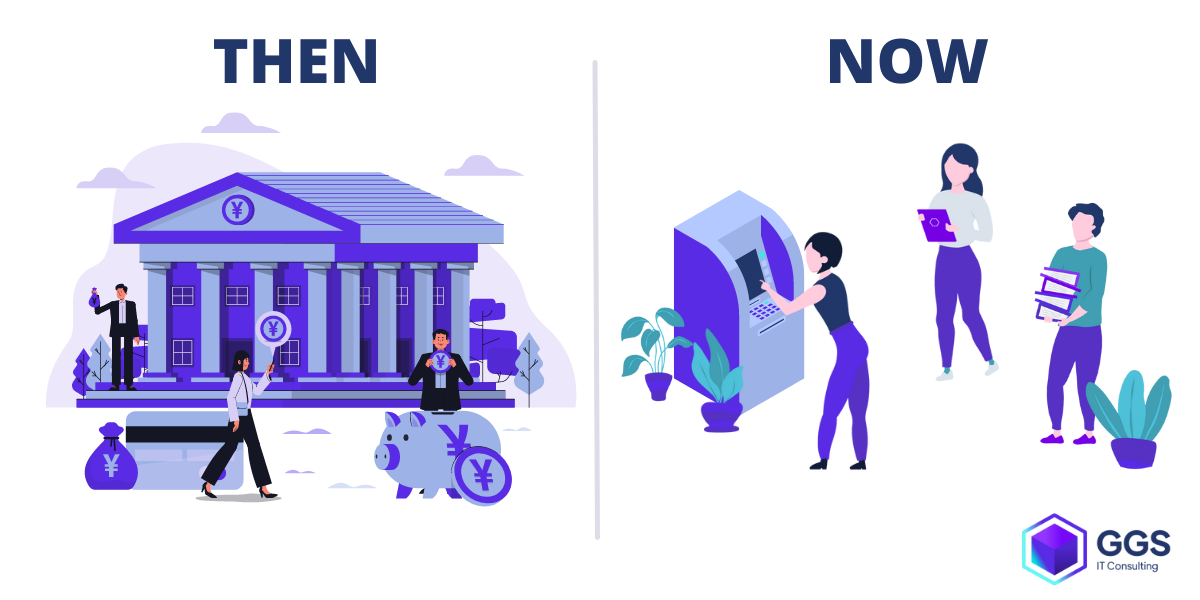 An interesting example of this is the advent of ATMs. First introduced some 45 years ago, automatic teller machines were signaled as replacing the role of human bank tellers. However, as we know, that didn’t happen. What occurred instead was that ATMs made it cheaper for banks to open more branches, which they did, and the number of bank tellers in the US rose across the decade 2000 to 2010.

Towards an integrated model

Companies primarily move towards automation to increase productivity levels and save on labor costs. Automation does not do away with the need for human workers, but more so augments their work with robots. Automation tools, like RPA, integrate with your systems to streamline workflows and to help your human employees get more done in less time. And when combined with AI, which is slowly becoming smarter all the time,

Automation will learn to become even better at helping people work smarter and not harder.

This will help reduce what is known as automation anxiety – the worry that an individual’s job will be replaced by robots. Instead, what we’ll see is increasing levels of automation acceptance. Automation tools will be fully integrated into the workplace as much as current technologies like laptops, photocopiers, and telephones are today. It’ll just be an accepted fact of modern life - another tool to help get the work done.

How to begin automating

When considering automation solutions, it’s important to have big plans but to start small. Focusing your work automation efforts on routine tasks that are rules-based is key. If there is a workflow that needs to be streamlined and automated, always make it simpler first.

How big should you be thinking? Within large companies, processes usually span multiple legacy systems and involve different departments. That’s why it is essential to select an RPA platform that integrates with your company’s systems now and can expand as you scale. Company-wide RPA aims to achieve significant ROI from automation that integrates across multiple departments. This form of automation looks at more complex processes and can involve multiple technologies such as AI.

In terms of choosing when, what and how to automate, business leaders must make informed decisions to achieve business growth and realize ROI. And there is a simple step you can take to help work out how to begin automating within your company.

When it comes to choosing which processes to automate first, the trick is to pick the low-hanging fruit.

Some processes are just easier to automate than others. Think about choosing a few select pilot processes to automate as proof of concept first. Ideally, these test processes allow you to fail and abort quickly without having invested considerable time and money over the long run.

The future of work is smarter, more integrated automation. It’s about simplifying processes and automating workflows. In the face of this, the role of the CIO and CEO is to work toward discovering processes that make excellent candidates for automation. It’s also to keep your human workers happy and knowledgeable about what work automation and RPA mean for the future of their work. As can be seen, there is an ongoing conversation to be had about the best way to view the inevitable impacts work automation will have moving forward.

At GGS, we look forward to helping CEOs, CIOs, automation champions, and process automation managers alike realize the benefits of automation in their organizations. If you would like to gain a deeper understanding of how to start or improve your company’s implementation of automation and digitization of processes, contact us for your free 30-minute consultation. After completing the form, we will arrange a call at a time that’s best for you. We will then help you assess which automation technologies will bring the greatest benefits and achieve the most significant ROI for your company.